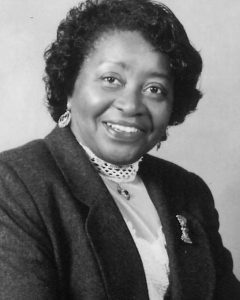 General Adams-Ender began her career as a staff nurse and rose to become the chief executive officer for 22,000 nurses, a brigadier general and director of personnel for the Army Surgeon General. Other major positions held in her 34-year career were inspector general for army health care facilities, professor of nursing, vice-president for nursing at two army medical centers, and an army base commander. She was the first female in the army to be awarded the Expert Field Medical Badge and the first army nurse to command as a general officer.

General Adams-Ender is a life member of the Council on Foreign Relations and was recognized by Working Woman magazine as one of 350 women who changed the world from 1976-1996. She is Executive Director of CAPE Legacy Fund, a nonprofit foundation to help students of modest means complete their undergraduate education. She has been honored as a living legend by the American Academy of Nursing and has published a memoir, My Rise to the Stars.

In addition to earning her baccalaureate degree in nursing, Master of Science degree, and Master of Military Art & Science degree from the Command and General Staff College, General Adams-Ender has been awarded 15 honorary doctorate degrees in law, public service, humane letters and science. 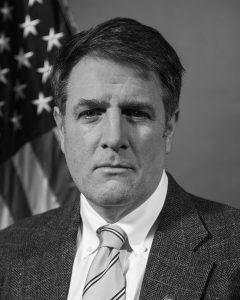 Edwin Fountain has served as General Counsel of the American Battle Monuments Commission, the Federal agency which maintains American military cemeteries and memorials around the world, since March 2015.  Previously he was a partner in the Washington, D.C. office of the international law firm Jones Day, where he practiced for 24 years as a litigation and antitrust lawyer.

In 2008 Mr. Fountain co-founded the World War I Memorial Foundation, which restored the District of Columbia’s World War I memorial on the National Mall.  In 2013 he was appointed by then-Senate Majority Leader Harry Reid to the U.S. World War I Centennial Commission, which he served as Vice Chair until 2019.  In that capacity he led, and continues to lead, the development of the National World War I Memorial in Washington, DC.  In that role he organized and led the design competition on behalf of the Commission.  He subsequently served on the design competition jury for the National Native American Veterans Memorial. 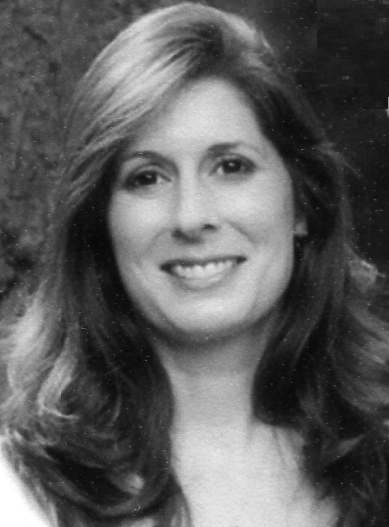 Jean Mansavage holds a doctorate in history, with an emphasis on 1945-present military/social relations, from Texas A&M University. Prior to her position with the Air Force, she served as deputy director of historical research for the Department of Defense Prisoner of War/Missing Personnel Office; historian for the Department of the Army 50th Anniversary of the Korean War Commemoration Committee; and senior archivist with the Department of Energy Office of Human Radiation Experiments.

Dr. Mansavage’s museum experience includes working as a curatorial assistant at the National Museum of American History, Smithsonian Institution, to expand the exhibit, “This is your Childhood Charlie Brown: Children and American Culture, 1945-1968.” She also acted as a consultant with the Le Mémorial de Caen, Caen, France, to bring U.S. perspectives to the Mémorial’s Cold War exhibit. In that role she identified, located, and obtained poignant artifacts for that exhibit, including the casing of a decommissioned atomic bomb acquired on loan from the National Atomic Museum, Albuquerque, NM, and Cold War-era uniforms and weapons from the U.S. Army Center of Military History, Washington, DC. 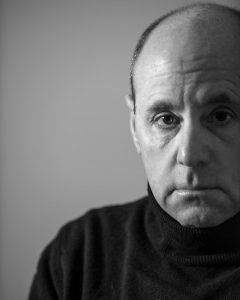 Tom Oslund is one of the leading design landscape architects in the country. His interest in art and his passion for design are fueled by a commitment to excellence and innovation. Mr. Oslund’s belief in the collaborative process has yielded international recognition as an innovator when it comes to solving complex site design challenges.

O2 Design, founded by Mr. Oslund in 1998 and formerly oslund.and.associates, consciously practices landscape architecture as an art form. At O2 Design, the idea of shaping a landscape entails not only providing a place for social, physical, and intellectual interaction, but also sculpting open space into an artful form that acts as a breath within its given context. Under Mr. Oslund’s leadership, the firm consistently produces award-winning works—most recently the Harley-Davidson Museum in Milwaukee, Wisconsin; the Walker Art Center/Minneapolis Sculpture Garden in Minneapolis, Minnesota; and the Northwestern University Hospital Lake Forest Campus Master Plan and Site Design in Lake Forest, Illinois. 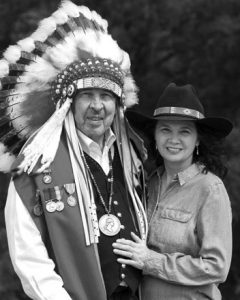 Harvey and Gina Pratt are founders of the Pratt Studio. Mr. Pratt is the designer of the Smithsonian’s National Native American Veterans Memorial for the National Museum of the American Indian, and Ms. Pratt served as the project manager for the design team selected for the Memorial. Ms. Pratt (Muskogee Creek and Yuchi) is a collaborator, advisor, and manager and plays an integral part in formulating the symbolic message of the work of Pratt Studio.

Mr. Pratt, a Cheyenne and Arapaho tribal member, is a self-taught artist from El Reno, Oklahoma and a forensic artist. He works in oil, watercolor, metal, clay and wood. His works include themes of Native American history and tradition and the Cheyenne and Arapaho people. Mr. Pratt’s commissions include one from the state of Colorado (2017) to create a life-size bronze sculpture in Denver to memorialize the victims of the Sand Creek Massacre. His paintings are among the permanent collections of the National Park Service, notably his painting of the 1868 Washita Massacre, “Crimson Dawn” at the Historic Site in Cheyenne, Oklahoma.

A Marine Corps veteran, Mr. Pratt served in Vietnam from 1962 to 1965 in the 3rd Recon and was stationed at Da Nang Air Base.  He is the chairperson of the Indian Arts and Crafts Board of the U.S. Department of the Interior. Mr. Pratt is recognized by the Cheyenne People as an outstanding Southern Cheyenne, and he was inducted as a traditional Peace Chief—the Cheyenne Nation’s highest honor. 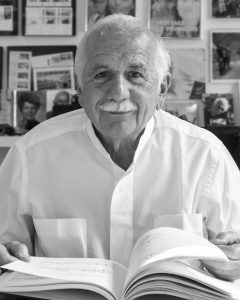 Moshe Safdie is an architect, urban planner, educator, theorist, and author. Over a celebrated 50-year career, Mr. Safdie has explored the essential principles of socially responsible design through a comprehensive and humane design philosophy. His wide range of completed projects include cultural, educational, and civic institutions; neighborhoods and public parks; housing; mixed-use urban centers and airports; and master plans for existing communities and entirely new cities.

A citizen of Israel, Canada and the United States, Mr. Safdie graduated from McGill University. In 1964 he established his own firm to realize Habitat ’67, an adaptation of his undergraduate thesis and a turning point in modern architecture. Safdie Architects endures as an architecture and urban design studio imbued with a spirit of idealism and innovation. The completed projects of Safdie Architects can be found in North and South America, the Middle East, and throughout Asia.

Mr. Safdie has been the recipient of numerous awards, honorary degrees, and civil honors including the Companion of the Order of Canada, the Gold Medal from both the Royal Architectural Institute of Canada and the American Institute of Architects, the National Design Award for Lifetime Achievement by the Cooper Hewitt Smithsonian, and recently the Wolf Prize in Architecture—awarded for a career motivated by the social concerns of architecture and formal experimentation. 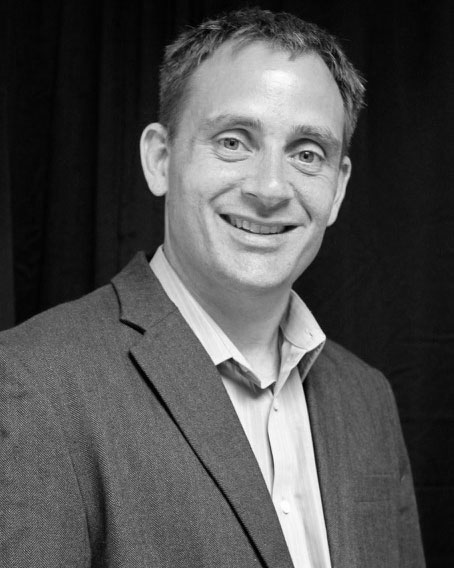 Christopher Sturdevant is an author and children’s librarian who resides in Milwaukee, Wisconsin. He is the author of Cold War Wisconsin and the recently published Cold War Illinois. Each book highlights the importance of the Cold War from a local perspective, tracing the roots of prominent players in the longest and costliest conflict in American history.

Mr. Sturdevant’s interest in the Cold War began while growing up during the 1980s. His books share fascinating tales of the two states’ roles in the fight between East and West—from a cargo ship from Kewaunee that sparked an international incident with North Korea and a Sputnik satellite crash in Manitowoc to a mobster’s involvement in assassination attempts
of Cuban leader Fidel Castro and how the nuclear age began at a college football field on
Chicago’s south side.

Mr. Sturdevant studied history and physics at Carroll University and is a veteran of the U.S. Air Force. He
is the chairman of the Midwest Chapter of the Cold War Museum in Washington, D.C., which is dedicated
to preserving the memories of the Cold War in the Midwest. In addition, Chris has represented Team USA
in masters-level track championships on three continents. His travels have taken him to North Korea,
Chernobyl and Afghanistan.