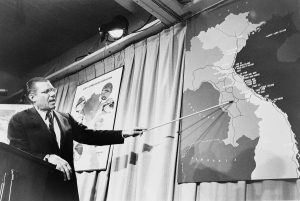 The SCALE AND COMPLEXITY of the Cold War was such that it impacted nearly all facets of American life as we know it today and will continue to INFLUENCE FUTURE GENERATIONS around the world. The extremely HIGH STAKES of the war impacted the organization and structure of U.S. Armed Forces and Intelligence operations, made the implications of ACTION AND REACTION a determinant in all strategic decisions, and created an American ethos of PERSISTENCE IN VIGILANCE.

Fundamentally, the Cold War is a complex matrix of interaction between DIPLOMATIC, INTELLIGENCE, MILITARY, and ECONOMIC factors on a world-wide scale. Each of the factors evolved over the years of the Cold War both as individual and interwoven elements in the story.

DIPLOMATIC activities intensified leading to increased cooperation and collaboration between nations and governments as to how to respond to perceived and real threats. The United States and its allies were the VICTORS OF THE COLD WAR and the U.S. continues to build and maintain a WORLD-WIDE ALLIANCE with allies.

INTELLIGENCE operations reached new levels of sophistication and espionage—spurring TECHNOLOGICAL INNOVATION that increased overall PREPAREDNESS AND AWARENESS of threats and influenced other fields of research and development. There are, and will continue to be, great impacts from COVERT OPERATIONS and “INVISIBLE FORCES” that may or may not still be operational.

The MILITARY transformed itself to maintain a STANDING DEFENSIVE FORCE capable of immediate deployment and containment—having evolved from CONSCRIPTION TO VOLUNTEER SERVICE during the Cold War era. “Hot Wars” within the overall timeline continued to redefine how the military was configured to respond to immediate situations. There was a constant commitment to a STATE OF READINESS and willingness to be placed in harm’s way on behalf of the country.

The ECONOMIC landscape of the free world evolved from a rather simple supply and demand model to a very complex, multi-national and WORLD-WIDE ECONOMY—affecting development, technological development, world trade and dependency of disparate economies on each other. 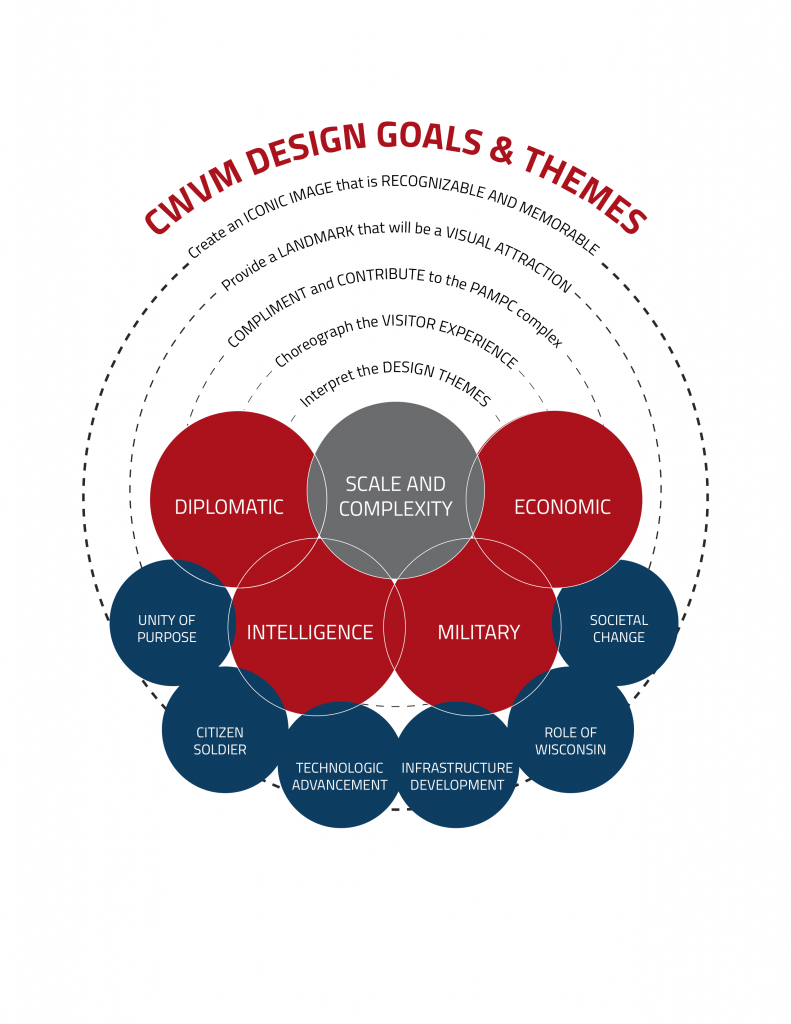 There was a UNITY OF PURPOSE shared by all participants in the Cold War. It was a SHARED ENDEAVOR and SHARED SACRIFICE of those who served in the military and intelligence sectors as well as those in government and the general citizenry, who as U.S. TAXPAYERS, enabled the Cold War through funding and psychological support.

The CITIZEN SOLDIER evolved as a particular element of the STANDING MILITARY of the United States and became integral to any decision on strategic action. The National Guard was known for BEING ON GUARD FOR FREEDOM—exemplified by President John F. Kennedy when referring to the deployment of the 32nd “Red Arrow” Infantry Wisconsin National Guard in 1961 when he said, “We called them up to PREVENT A WAR, NOT FIGHT A WAR.”

The DEVELOPMENT OF INFRASTRUCTURE throughout the United States, including the Interstate System, ease of vehicular circulation, communication systems, security and emergency services—all continuing to affect and determine the continued physical evolution of the United States and utilization of its land.

The ADVANCEMENT OF TECHNOLOGY has continued to evolve and impact our daily lives. The technological advances include, but are not limited to research protocols, space exploration, electronic communications, computerization, and medical advancements.

The unique ROLE OF WISCONSIN in the Cold War includes, but is not limited to, NIKE missile installations; centrum of Early Warning Communication Systems; birthplace of key individuals in political, diplomatic and business positions; homeland of Native American tribes that continue to serve in the military defending land and family; builders of the USS PUEBLO, which was subsequently seized by North Korea; and its central geographic location within the United States and North America.

Veterans have contributed to SOCIETAL CHANGE in SOCIETAL AND CULTURAL CHANGE in RACIAL AND GENDER EQUITY within military and intelligence communities. The military provided OPPORTUNITIES FOR WOMEN to perform jobs that contribute effectively to the ethos of military service. Training and research within the military has also led to substantial advances in PUBLIC HEALTH AND DOMESTIC REFORM in the United States.