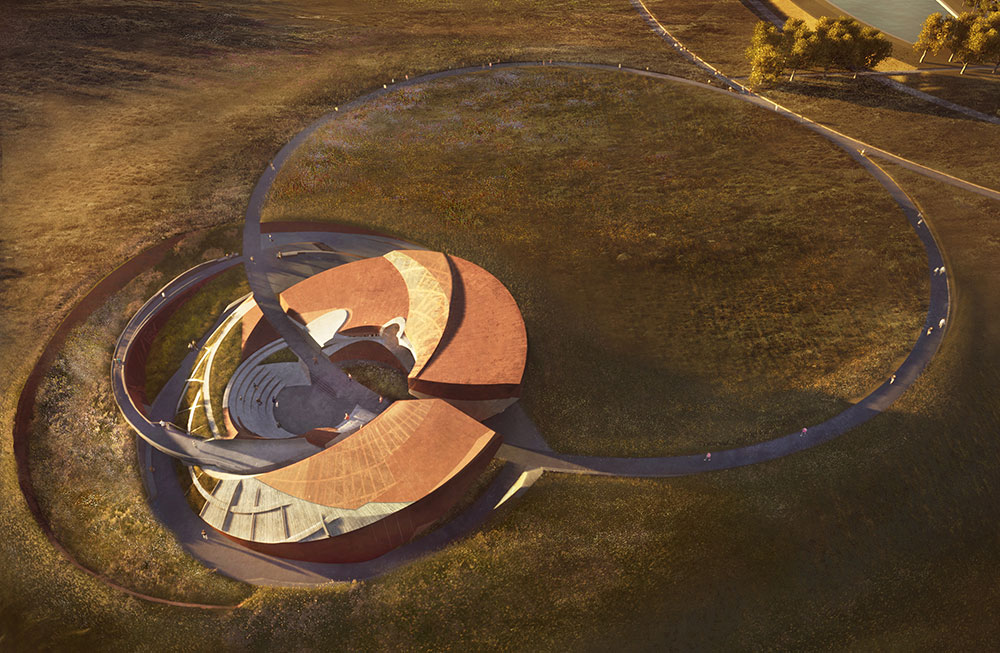 After closely considering the four talented finalists and their corresponding designs, we are happy to announce the final selected design from Oyler Wu Collaborative in Los Angeles, California, USA – Orbits.

This Oyler Wu Collaborative draws from a range of meaningful artifacts and imagery of the era to create an immersive experience — evoking a range of cultural associations organized as a set of circular ‘orbits’ through the landscape. 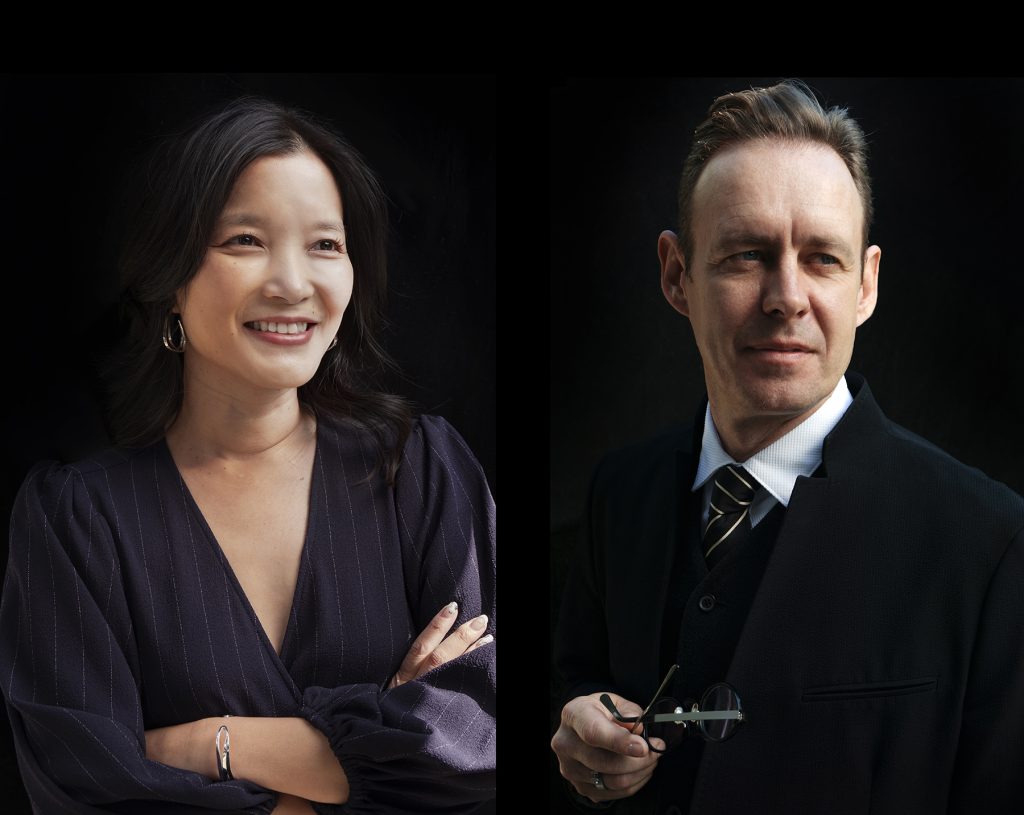 The design, headed by Jenny Wu and Dwayne Oyler, envisions a memorial that embodies the ideals and mission of the Memorial Park, making more tactile a context that can’t be measured in a single name or event – only in glimpses of history. Within these glimpses is a layered timeline of both personal and collective experiences that are emblematic of the Cold War – a paradigm that rebalances the interconnected narratives of American innovation and service.

From its formal structure to its shaped surroundings, the memorial emerges from the ground to become an architectural tribute to veterans, embodying the dedication, optimism, and hope that is emblematic of their enduring spirit. Collectively, the memorial unifies these complex narratives through juxtaposition, recognizing its interconnected history; one of sacrifice, triumph, and innovation.

Oyler Wu Collaborative is committed to the idea that architecture’s full potential is born out of its ability to operate simultaneously at multiple scales as an art form, affecting human experience in non-linear ways as it moves from large architectural strategies to intimate forms of engagement.

We look forward to seeing the Oyler Wu Collaborative design come to life and are grateful to all the talented designers who participated. 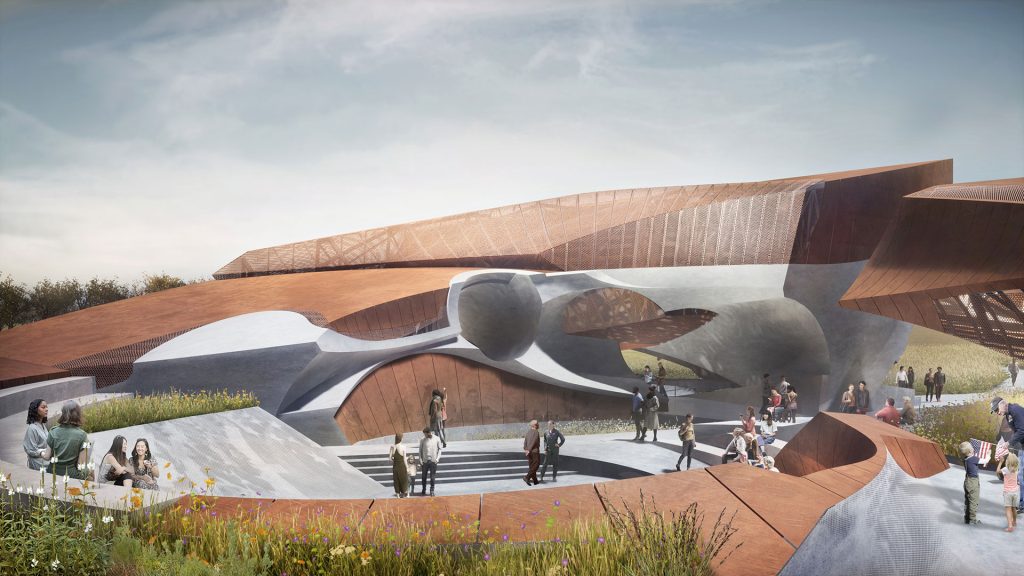 In April 2021, the Pritzker Military Museum & Library, located in downtown Chicago, launched an international design competition for the Cold War Veterans Memorial that will be built on the grounds of the Pritzker Archives & Memorial Park Center in Somers, Wisconsin. After reviewing an impressive number of inspiring design concepts, four finalists were selected to advance into Stage II of the competition. The Cold War Veterans Memorial will be a critical piece of the Pritzker Archives and Memorial Park Center currently under development.

“In missions on and off the battlefield, Americans of all stripes made immense sacrifices in defense of our national interest. They deserve to be recognized, and the weight of this era deserves to be understood. This Memorial will provide a place where their contributions are honored,” said Col. Jennifer Pritzker, Founder of the Pritzker Military Museum & Library.

The four finalists selected to move forward are representatives from the United States, Italy, Japan, and Jordan. These individuals and groups achieved the highest scores against strict criteria, including individuality, relevance, and conceptualization. This design competition was created to provide a conceptual design for the Cold War Veterans Memorial that embraces the mission statement, exemplifies the guiding vision, and achieves the design goals.

“We were impressed by the number of inspiring design submissions that were received,” states Donald J. Stastny, FAIA, FAICP, FCIP, Competition Manager. “It wasn’t an easy decision, but we are very confident in the four finalists chosen to move forward. Their conceptual designs best embraced the mission and vision of the Memorial, and we can see them serve as an attraction for visitors.”

In Stage II, the four groups of selected finalists worked with the design committee to evolve their concepts for the Memorial and better defined their design concepts. Procedures in this stage included a virtual competition briefing, Q&A, mid-course review, and a design exhibit.

The Competition Leadership Group conducted an individual review of each design submittal and provided an advisory report of its findings to the Jury. The Jury then analyzed each design to determine whether the integrity of the design concept embodied in each Stage I entry had been maintained in the Stage II design submittal and looked at how it addressed the mission, vision, and design goals for the Memorial. 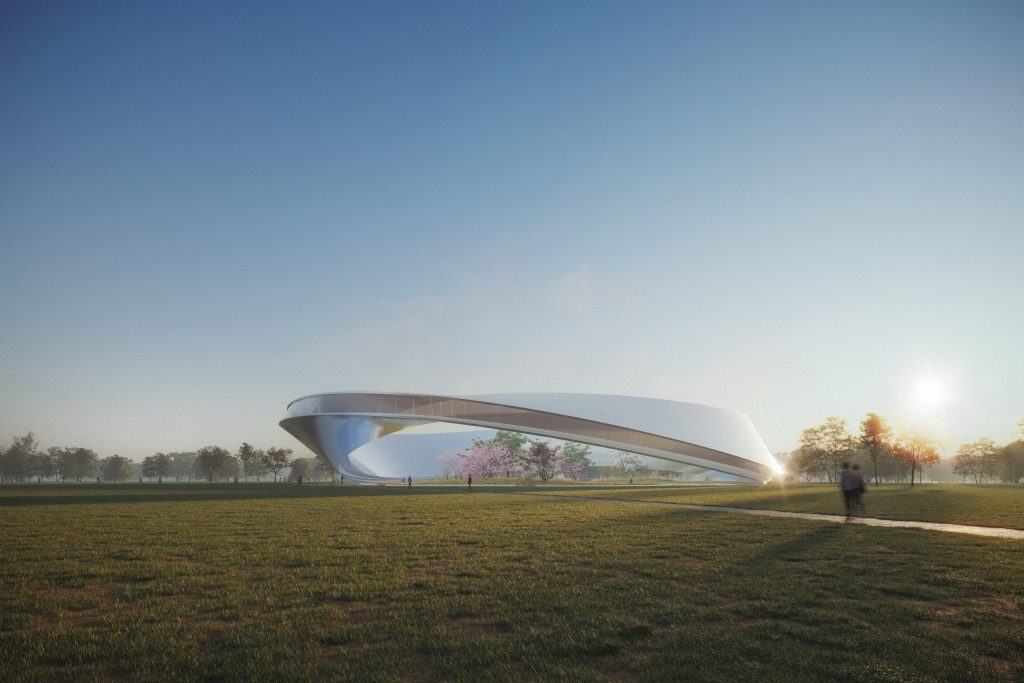 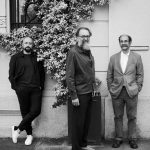 This Memorial design provides Wisconsin with a symbolic object and site dedicated to the memory of all those that served during the period, but also provides a place to reflect on the meanings and events that continue to influence our world today.

It uses the circular form of a double-sided ‘Moebius Loop’ to create an inner walkway, whose constantly changing views are combined with texts and images to provide visitors with an emotive and stimulating Memorial experience.

The metallic skin evokes the fuselage technology of the period and reflects the landscaped setting that honors Wisconsin’s agricultural heritage and natural environment. 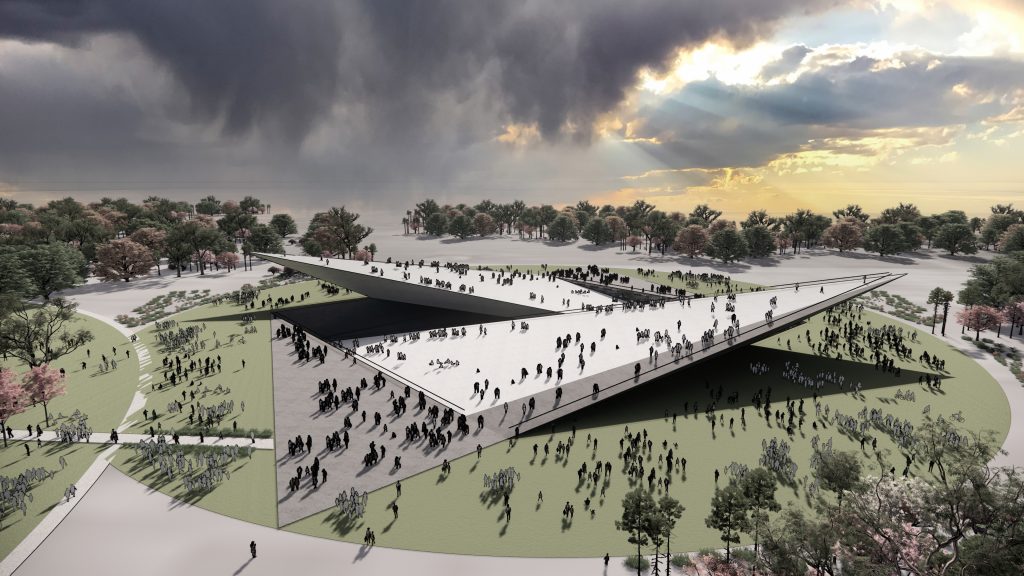 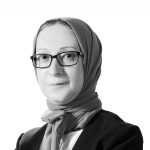 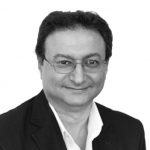 Aiming at giving ‘a permanent recognition’ to accomplishments, this memorial aims to allow the visitor to become the co-maker of the space, picturing the cold war era and the post-cold war, creating a unique war-scape experience, that expands beyond the poetic enclosures to encompass the long-gone context, picturing of the land, air, sea and space; the Cold War arenas, which were dominated by both the United States and the Soviet Union, resulting into a conflict, that embodied within a juxtaposed sculpture that combines both; the power of axis and the image of two-detached monumental wings, each concealing ‘within’ a great space of ‘immense significance’, to create the shape of the Continuum Memorial Image in the visitor’s mind, that symbolize for each individual a unique interactive and generative war-scape experience. 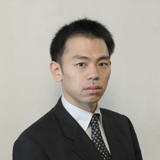 This memorial intends to preserve the memories, records, and achievements of the veterans in perpetuity. By uncovering the layer of land, one space separates into two. History lies beneath the skin of the earth. The earth’s skin conceals the layer of time of the efforts of the people who won the peace of today. The surface layer of earth is lifted, exposing the past and covering it with the bowl having a mirrored surface. Under the bowl forms a space of the past, while the inside forms a space of the present, which faces the future. The bowl – interwoven between the mirror and water – captures the flow of time and changing environment to reflect the layers of history underneath towards us, whilst symbolizing the circulation between the space of the past and the space of the present, to immerse ourselves in the contributions of the people of Wisconsin; members of the Military; Intelligence; Diplomats; and technological economic advancement of the people.